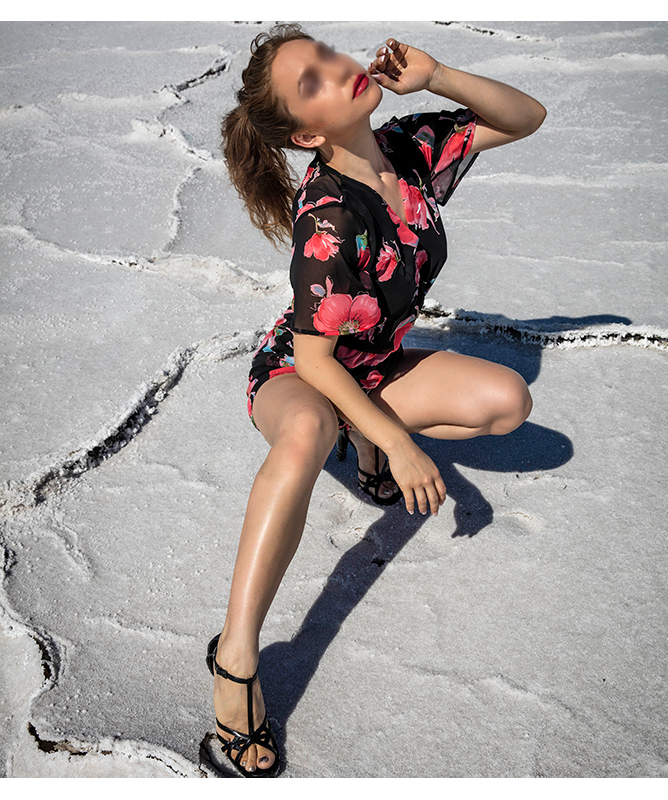 It is a day before Sundance and my father e-mails (rare) in good spirits, and appreciation for sticking through rough legal academic battles that impacted our family staring in my adolescence.  In response, I expressed my pride and thanked him for the good example of hard work, and justice echoed.

Without this beautiful and tumultuous life I wouldn’t find myself here now, in Park City at the Sundance festival!

Sheer luck had it, that an assignation’s birthday, would fall be at the time of the festival. I had a one chance choice and decided immediately when my eyes fell upon the picture of a Maori cinematographer and her little boy.  This choix of entertainment was closest to reflect my family; no other research was needed. The film chose us!  For my companion & love is from New Zealand and He allowed me to quote his experience and reaction:

“The most powerful/intense aspect is her courage in being so direct and clear and resolute about injustice and human rights violations….He is so honest about sharing his whakapapa it feels we are closer than strangers, it is a little tapu…not in a sense of secret or forbidden but trusted, sacred and respected.  Like the director and viewer have established a mutual esteem.”

My Father’s  reply to my response: “Merata Mita, is a friend of mine, you’ve met her at her house in Hau’ula years ago….

Yes, the woman with the wild Hawaiian hair, white streaks, pearly big smile, and white dressy flow.  I remember playing on the beach and eating the lunch she prepared of raw fish, seaweed, and poi, As they converse for hours.  Naive to the fact that I was in the home of a courageous voice and revolutionary vision.

As the screened opened and Hepi takes a look into the eyeglass of old interviews, still comes to life and shortly, I come to reality, with a pressing cold clasp on my heart, and a faucet running from my eyes, she’s passed on. While editing a documentary about child abuse, suddenly in 2010.

Most famed for producing these films:  She was most notably as well a mother of 6.

2011Te Whakarauora Tangata (Documentary) (producer)
2010Papa Mau (Documentary) (executive producer)
2010/IBoy (co-producer)
2008Keao (Short) (producer)
2008Letter to My Mom (Documentary short) (producer)
2004/ISpooked (producer)
2004The Land Has Eyes (executive producer)
2002Hotere (producer)
1988Mauri (producer)
1983Patu! (Documentary) (producer)
1980Bastion Point: Day 507 (Documentary short) (producer)
1980Keskidee Aroha
When the South African government refused to allow Maori players in the Rugby Nationals, 1960s, she was asked to make Patu!, witness the batons, blood and racist police forces in full blown riots. A Māori marcher states that he is supporting “our brothers – they’re suffering, same as we’re suffering here”.  It received a standing ovation at the Wellington Film Festival in 1983 and finally aired on tv ten years after on the dates anniversary.
It raised my heart to see hands in global moral lifted together.
Hawaiiki is known to Maori where their ancestors navigated the stars from.  Maoli (Hawaiian) and Maori ( Native Aotearoa ((New Zealand)) a.k.a Land of the long white cloud)) languages are tied with similarities, their anthropological relation is undeniable from scientists and oral histories. Imperialist doctrines of power and colonizers all share the cords of infinite parallel between the social disorder shared among Indigenous tribes.
Hawaii

The legacy of colonialism, and the writers of history decorate your tourist pamphlets with the “native experience”. But what is the truth and virility to the tourist economy?  In my youth I felt the brew of pride and prejudice, stir like a tumultuous sea around me.  Growing hungry for the injustices to be avowed; the civil rights and ceded lands given anew, ancestor burial sites, and resources protected.

1874, King Kalakaua is forced by arm power, to sign a new constitution that would strip suffrage rights from Hawaiian’s that did not own land.  After the last royal line died, her inheritance was assigned to build a school for Hawaiian’s “Kamehameha”.  Named after the first in Royal line, the chief, that united all islands, when foreigners first arrived.  The non-Hawaiian board of trustees from the kingdom’s Supreme Court created curriculum as such as an American Indian White Washing camp.  The first class 1887 selected, experienced a total walk out, when students were instructed not to speak Hawaiian.  Military punishment and Christian religion guarded the front line style of education. The sugar industry and World War, made Hawaii a heat seeking missile to be owned and resourced, also known politically as The Tyler Doctrine 1842(Trask, 1993).  When the monarchy was illegally overthrown and the American (plantation owners) oligarchy took reigns, capitalism and republicans controlled the “territory” (). The Native language was outlawed 1896.  Children were punished and private letters censored in the effort to erase the culture.  The last Queen of Hawaii Queen Lili’u’okalani inherited a puppet sleeve to play for the upper class cabinet consisting of no Hawaiian representatives.  After being imprisoned in her home by the lead American businessmen a.k.a (The Big Five, sugar plantation owners) with the help of the U.S navy, the thrown was forcibly ceded. A year following, the Queen won against The U.S Congress to regain her throne.  An investigation by president Cleveland was invited which proved the illegitimate overthrow.  But Once the Spanish-civil war began an illegal “joint resolution” was enacted 1898 by McKinley. I say illegally because technically a joint resolution is only true, when both forces come to an agreement. A statue of President McKinley clutching the contract, is cemented in time at the public high school on ‘Oahu dedicated in his name.

Many immigrants came into fill the labor jobs that the Hawaiian population was too weak to support, a new mixed speech is born, a creole language called Pidgin, disguised,  for the “locals” to comprehend.  The psychological effects  language prohibition created a domino effect of a lack in confidence, weakened academic strength (in English) and increased racial tensions.  As the generations reject literature and used pidgin as a force of rebellion, the socioeconomic status of Hawaiian in the 1920’s gulfs.

Racial tensions were so tense, at one point, wearing military uniform was not permitted outside of base.

Some Hawaiian families reject any English associations and choose to name their keiki (children ) Hawaiian only names, (like my own) teachers would ask for an English name, and I was proud not to offer any alternative, to their inexperience.

stating “the indigenous Hawaiian people never relinquished their claims to their inherent sovereignty as a people or over the national lands of The United States, either through their monarchy or through a plebiscite or referendum.”

thus acknowledging the US illegal overthrow and annexation of Hawaii in 1893.

Fast Forward,  the year I was born; Statewide Immersion programs were enacted for Hawaiian language and culture schools. Immersion and Charter Hawaiian schools or Kamehameha Schools (1960  the colonial influence subsided in academics with the introduction of Hawaiian language as a foreign language elective.) is where I, and my siblings grew, in the slew of inherited colonialism.  My dad, reflects of his grandma, whom only speaks ‘Olelo Hawaii, and I think, how courageous and resilient she was to be steadfast in preserving her culture.

Raising political arms can be done through film and this moving documentary Merata Mita: How Mum Decolonized The Screen, Directed by Hepi Mita was a beautiful archived lens of lost tapes from the afamed Maori Film maker and actress, Merata Mita. Refined, never before seen personal interviews woven with her families pre-post adaptions, that I found not too far from my own cinematic life and native identity. 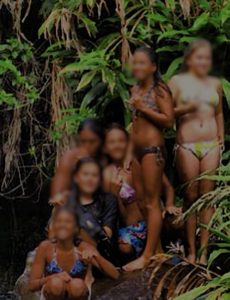 Young Camille at a 2006 school trip to Kaua’i

Protecting Kalo from being patented

Occupying University of Hawaii board of chancellor offices

Since I am native,  I make a political statement with everything I do…. 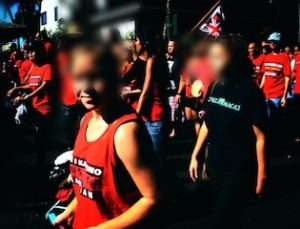 As the scrolls of film came to life, Hepi felt an epiphany for his mother’s influence.  As a single indigenous mother, she was raising herself against the grain of time and lifting up a platform witnessed never before.  She spoke of the unwanted solicitations from homeowners whom would harass her for sexual/emotional labor in exchange for housing.  In a brave interview she relates that becoming pregnant once more would be unhealthy to bare emotionally, physically, financially.  Contraceptives weren’t educated until her 5th child passed away suddenly, and she faced the need to find a “sympathetic” doctor for abortion.

in a quote from 1988 Merata speaks about the unique gift of oral traditional storytelling.

“brings to life the deeds of the ancestors and their spiritual insights in fairy-tale, myth and legend. Our language is rich, complex and able to speak in pictures. It is a means of communication not only between people but also of our inner most values and beliefs. As a film maker what this means for me is that when Māori make films what we do is essentially different from what Pākehā film makers do.” -Mita

“what you see when you look at an archival film are reseretions taking place, and something from the heart and soul responds” -Mita

Taken from the interview above, I understand

“At a very young age I learned about interlinking in nature and developed a connected, holistic view of the world.” -Mita

I feel the same way being Native Hawaiian.

Me ke Aloha, a me ha’aheo

with love and pride