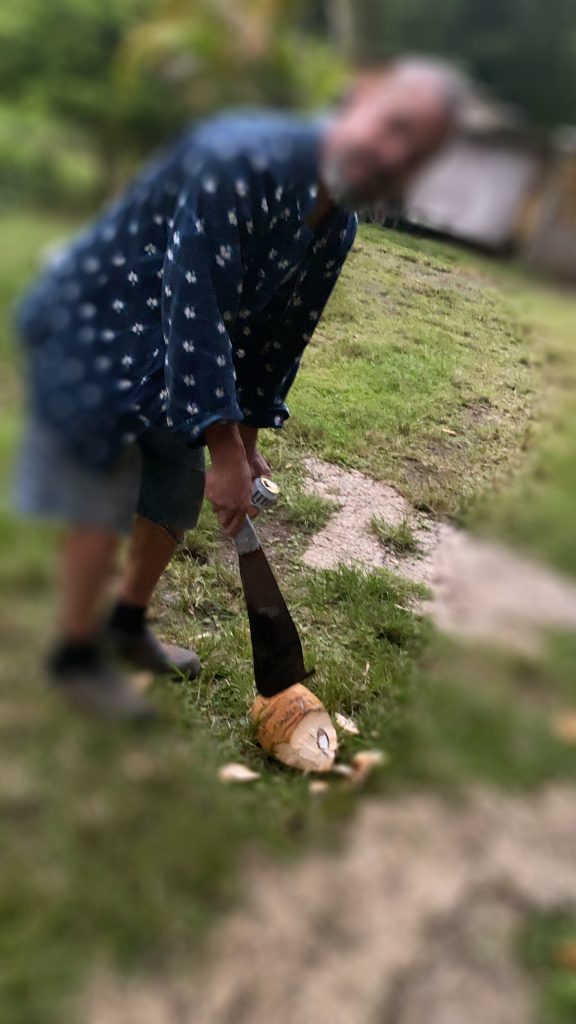 My Uncle (Unks) says the smartest thing he did at 25 was purchase acres of land with a little house in Moku Nui Big Island, Hilo…A historic port  town that is a haven for low clouds and happy laxed spirits. When midlife struck, he left his ʻOahu boat-van life to live at the fertile ankles of Kilauea.  Goats, peacocks, wild pigs and bamboo border the lands on a sleepy misty road. As you enter there are two large lunch wagons with potential to feed locals hot saimin on any wet day. He sprang up 3 cabins handcrafted with riff raff treasures that bless the side of roads on bulky trash days.  The kitchen nook has barn doors that are pulled open with bright pink wire latches. Inside, a stance worthy space, neatly arranged. Everything concealed and protected providing tools sanctioned from the wilderness that scrambles in the night. In the fridge situated right next to the huge 4 wheeler truck Unks will fix soon beholds; Fresh Coconut, Shoyu Poke, Seaweed Poke and Spicy Ahi Poke and Poi (Hawaiian staple food) I am so lucky! Itʻs Thanksgiving day for Americans and Lā Kūʻokoʻa for Hawaiians A.K.A Our Independence day…ironically these historic events overlap the 28th of November. The latter I am sure is less familiar, and to address this: In 1843 Brittain, France, and the U.S agreed to recognize Hawaii as itʻs own sovereign power and returned The Hawaiian Nation back to itʻs people.  Although the tides of war changed the U.Sʻs fidelity to the Lā Kūʻokoʻa treaty, Hawaiians still observe this day. The resurgence of Hawaiian culture in Immersion and Charter schools (of such I am a child of) commemorate our diplomatic ancestors for restoring the lands trusted to Na pua ʻo Hawaii (the flowers of hawaii–the children of Hawaii). 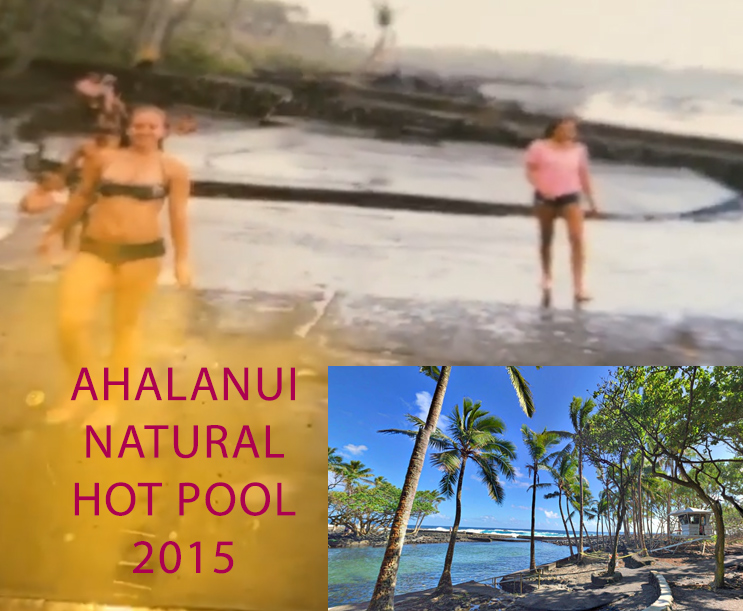 Street lights, ah… I havenʻt been thankful for them until now… like legs, the streetlights support me and I barely think of their presence, until now… I canʻt see shit! Unks gave me a headlight, some weed (not the same as high grade Cali grown), and we cracked jokes with Bud light first to water.  The sky is like untouched sand, a generous plethora of different shells orbiting each other. Shooting star passes and I wish to come back to this very place and plant a dozen plants to nurse over time.

The evening ends in pyro bliss. A large tin barrel and to my remorse the backseat of a car twice burned laid out to be the foundation of flames. Never use bamboo, the encompassing wood were these lengthy stalks which crumbled dangerously seconds after the initial flame. As the evening burns, and my uncleʻs humor begins to marinate I get more saucy jokes such as: do you know why they call Puttanesca so? My breath getʻs caught, hoping this wonʻt turn into a whoreshamey joke (my family does not know my profession).  He explains that back in 1950ʻs a quick, easy and not too filling meal was needed for Brothel workers. I quickly turned on my recording device to catch the rest of the conversation in which he explains other food name play that amuses more than your belly. Being in the service industry, working at Dukeʻs Waikiki for years has veteraned him as king of outrageous content.

We check that my cabinʻs water is turned on and that the raised platform in which the toilet sits on in itʻs infancy of construction will hold me. The smell of mold is intoxicating yet the moisture and dew comfort me into memories of living in houses that were long overtaken by nature.  It was the coldest night, ever…I might have well been in a tent on Mauna Kea. The sound of koki frogs (invasive) kept me restless as I lay in all the clothes I packed. In the morning I gathered the Ti leaves from my uncleʻs land and he gathered his courage to come with me to chant the morningʻs protocol at the foot of the Mauna.

By luck it was a downhill trip, and that he could loop around the island to return home instead of turning back around, because his working old new truck he proudly purchased for 1,000 could only go with a literal running start…Such fun! Especially for a sagittarius, the stars were aligned and our ancestors begged for the return…. 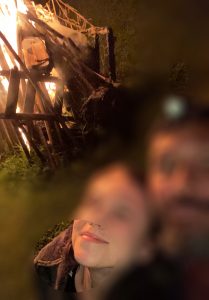 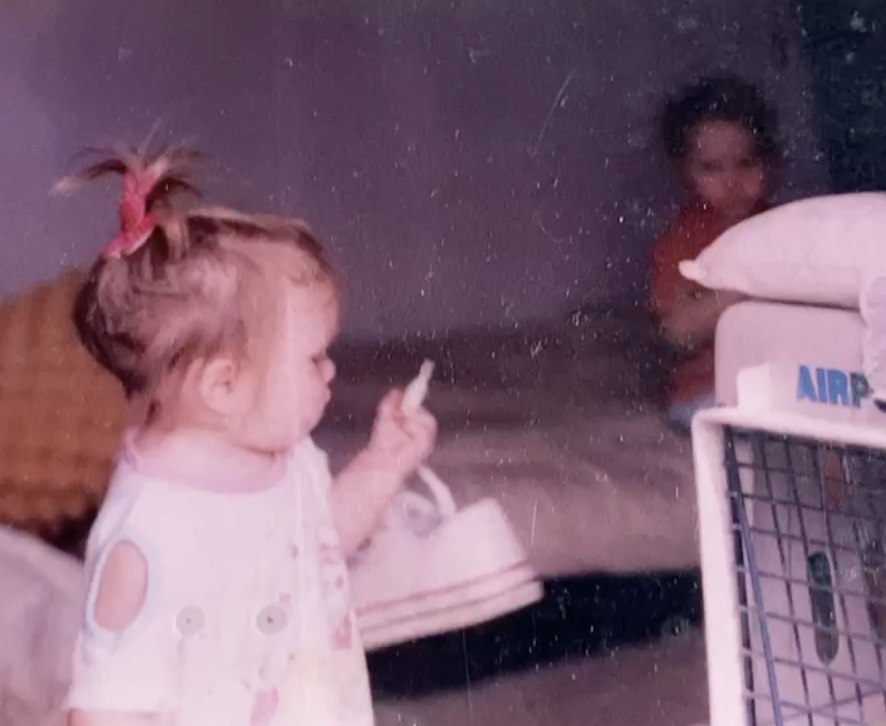